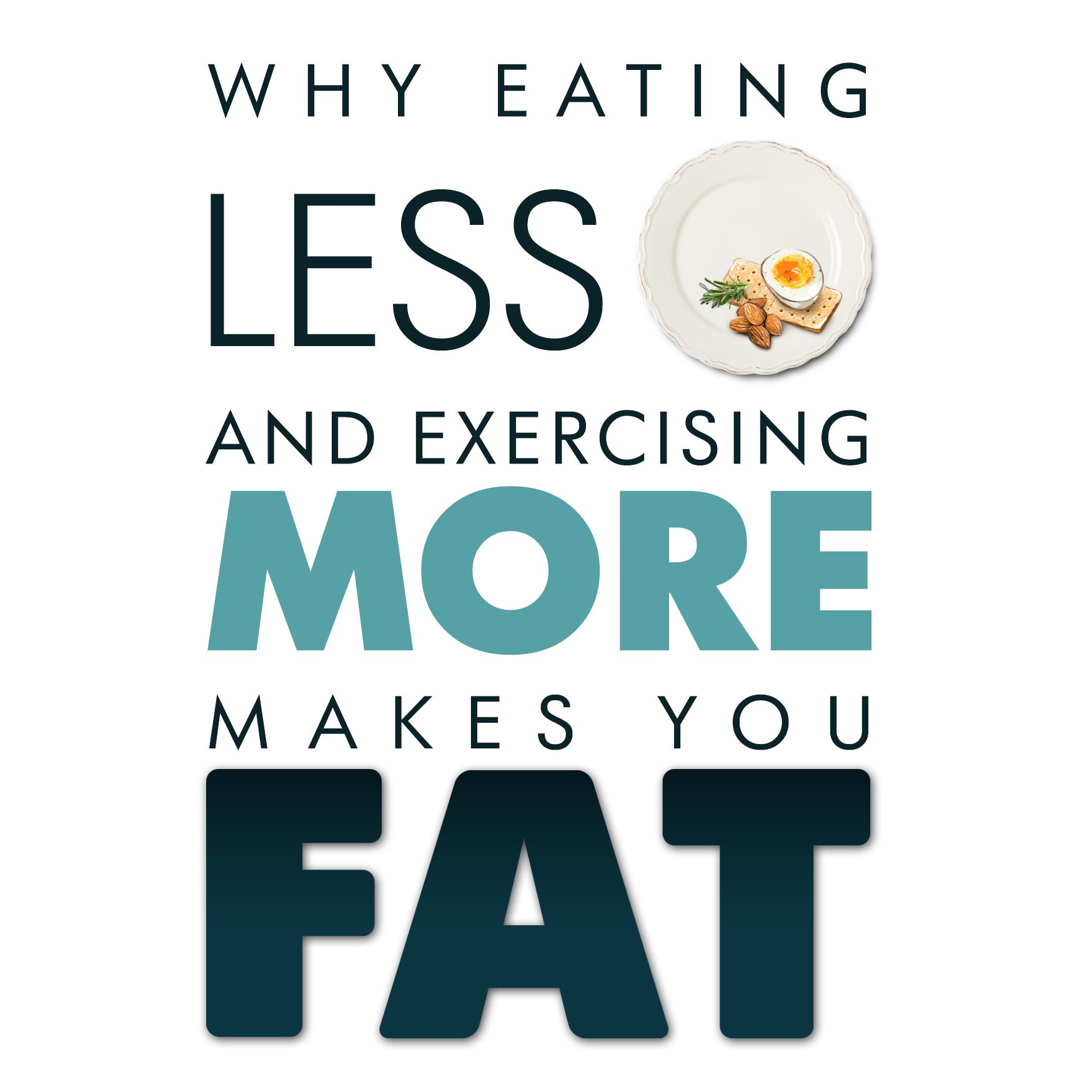 On Tuesday February 14th 2017, channel 4 aired a television programme looking at people who had lost a lot of weight on slimming plans. Many of the people had been given the title ‘super slimmer’, winning television shows and being featured in magazines and newspapers.

On following up these people some years later, all of whom had lost significant amounts of weight, in some cases 5 – 10 stones, they had all regained the weight and even gained back more. I was pleased that the programme addressed the science behind why this is so, and it was heartening to hear that all the research confirms what I have believed to be true for years – when you EAT LESS & EXERCISE MORE, THE BODY SLOWS DOWN metabolically. Hence, eating less and exercising more may allow initial weight loss to occur, but over the long term, you just get fatter.

So if you were dubious about the title of my book, or thought it was just a provocative sales gimmick, now you know why I called my book ‘Why Eating Less & Exercising More Makes You Fat’ and, as briefly touched on in this TV programme, consideration of the hormones leptin, insulin and grehlin, as well as factors such as stress and timing of meals are what really matters – not calorie counting, low fat eating and excessive exercise.

There is a small percentage of people who don’t regain weight after a diet. The scientific research suggests it’s as few as 5%. There are no explanations as to why those few do buck the trend. I have my own theories, as extrapolated in my book. On the television show, two male friends, both of whom had done the same diet, one lost and kept off the excess weight, the other didn’t. Although the expert professor said they had no idea why, I wonder if the gut bacteria of the individuals would have shed some light on the long term outcomes of dieters.

To understand the truth about permanent weight loss and metabolic re-balancing, find out about the 4 fundamental factors that determine whether you are a fat-storer or a fat-burner and how to eat and exercise to never have to go on a crazy, faddish diet again, all clearly explained in my book https://health-in-hand.co.uk/book/why-eating-less-exercising-more-makes-you-fat/

A Quick Frolic Through Fermented Foods

What’s what with oils and fats…