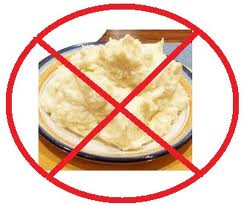 I am a big advocate of using the glycemic index (GI) of foods as a measure of which foods to eat more of and which foods to limit. The GI, an index from 0 – 100, is a pretty reliable way to determine if a food makes your blood sugar levels rise a lot or a little.

Our physiology, designed for a hunter-gatherer diet, is not designed to manage a regular supply of foods that contain lots of starches and sugars that make blood sugar levels rise rapidly. Our bodies manage this by the pancreas pumping out the powerful hormone insulin, which not only brings blood sugar levels back down to safe levels, insulin also converts all that excess sugar to fat. Recent studies are revealing the long-term harm that can result form the over-triggering of? this process.

Coming back to the GI of foods, a food with a GI of 55 of less will not cause too great a sugar rush. As the level gets higher, so too your blood sugar. Pure glucose, a simple sugar found in many foods, has a measure of 100. Table sugar, sucrose, is a mixture of glucose and fructose and rates at around 77 because the sucrose has to be broken down in to its component sugars first. Sweet, sugary foods will have a high glycemic index. So too, highly processed, refined foods carbohydrate-rich foods like wheat (white flour, breakfast cereals, breads), corn (corn chips, corn flour), rice (rice cakes ) as the very act of processing, be it removing the fibrous outer husk, flaking, flouring, popping, puffing, grinding, will significantly increase the availability of the sugars in the food, increasing the GI.

So where do potatoes feature? This is not quite so straight forward, but as a very general rule of thumb, the larger the potato and the longer it is cooked, the higher the GI and it may surprise you to know that mashed potato, for example, is measured at 91 on the glycemic index!

A large, white potato grows big starch molecules which, when boiled and then mashed, release the starches (sugars) very readily. The same applies to jacket? /baked potatoes, although if eaten with the skin, the fibre contained in the skin reduces the GI level somewhat, as fibre slows the sugar release, but they still rate in the 80s on the GI. So potatoes that are mashed, roasted, baked, chipped and crisped result in a highly fattening food. Boiling small new potatoes, skins on, not over cooking and leaving them to cool (this changes the structure of the starch), is the best way to eat potatoes.

Fibre, protein and fat reduce the blood sugar impact of? a high carb / sugar food and so does the cooling process when it comes to potatoes. Therefore, crisps have a lower GI to other forms of potatoes because they have a high fat content and they are eaten cold. However, a high carb, high fat food is one of the worst combinations for health and weight especially as crisps are cooked in polyunsaturated oils, which you will know from previous blogs of mine are super unhealthy, highly damaged and are known to cause many weight and health issues.
If you look in to the GI of potatoes in detail, you will see that different types of potato will determine the GI level as well as the size and how it is prepared. But on the whole, most potatoes prepared in most ways, will feature high on the glycemic index. Having a SMALL amount of potato with a meal containing plenty of good quality protein and lots of fibrous vegetables along with a little butter or an olive oil dressing, for example, will reduce the impact of the potato on your blood sugar, meaning the overall GI of your meal will be lowered, but don’t eat lots of tatties on their own be it crisps, chips, a plate of steaming mash or a jacket potato with only a little, light topping.

Lately I have become very interested in hydration. Most people are aware that dehydration is…

My Interview with Johnnie Walker

Fed up with diets? Losing weight & keeping it off is actually quite simple.

Simple, but not easy for all of you people who are carbohydrate addicts. In the…