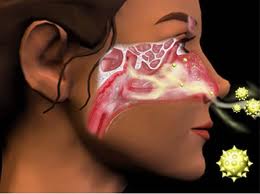 Hay-fever can make summer miserable. Even with cooler rainy days, if you are prone to pollen and grass sensitivity you can find summer a real struggle.

Hay-fever is an inflammatory condition where your immune system mistakes pollens, moulds, grasses etc. as dangerous invaders, so responds by producing inappropriate amounts of histamine to fight the invaders. It is the histamine that causes the symptoms of hay-fever like itchy eyes, runny nose and sneezing.

Most people rely upon anti-histamine medication to calm the immune response. As with any medication, there can be unpleasant side effect plus, using antihistamines will not actually help your body stop this inappropriate response.

So if you are dependent upon anti-histamine medication to get you through the summer, why not give these? more natural options a go, some of which may actually help your body overcome hay-fever altogether.

Rev up the healing power of your garlic

Alcohol – how bad is it for health?

A simple health tip that will give you a huge boost…

You may have heard that lemon water is good for you, but you may not…